Greater London is a ceremonial county of England that makes up the majority of the London region. This region forms the administrative boundaries of London and is organised into 33 local government districts—the 32 London boroughs and the City of London, which is located within the region but is separate from the county. The Greater London Authority, based in Southwark, is responsible for strategic local government across the region and consists of the Mayor of London and the London Assembly. The City of London Corporation is the principal local authority for the City of London, with a similar role to that of the 32 London borough councils.

The region covers 1,572 km2 (607 sq mi) and had a population of 8,174,000 at the 2011 census.  The Greater London Built-up Area is used in some national statistics and is a measure of the continuous urban area and includes areas outside the administrative region. 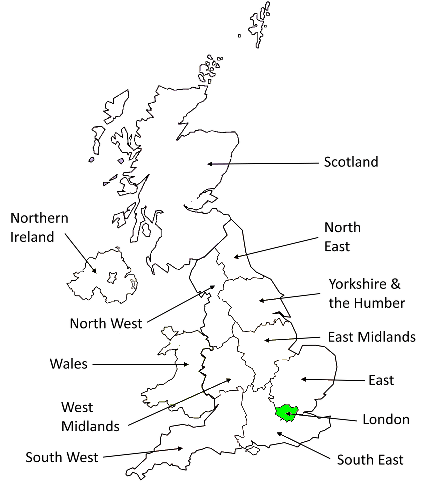